5 Most Unique Experiences in Malaysia Malaysia is one of the most sought after by backpackers and tourists worldwide. As their tagline goes—Malaysia, Truly Asia⁠—this Southeast Asian country is a cultural melting pot with many Asian as well as European influences because of its colorful past. From bustling metropolitan cities to the best beaches in Malaysia, there is definitely something for tourists and visitors from all walks of life. In this article, we have compiled 5 of the most unique and exciting activities while you explore this magnificent country. Each of which shows a side of Malaysia, from deep spirituality to the rich history, that truly captures the country’s beauty and identity.

Get lost in Cameron Heights

Named after its discoverer the British explorer Sir William Cameron, this highland wonderland had a very cool climate back then. This discovery led to its development into a plantation as well as the summer homes for the colonists away from the blistering heat of the tropics. They built numerous townhouses with ornate colonial architecture that still stands to this day. Many of these townhouses were converted to restaurants and hotels for visitors all while keeping the relics memorabilia as they were back in the day. These restaurants serve delectable English colonial food and locally sourced tea, perfect while you enjoy the cool climate of the highlands.

Aside from being the idyllic summer escape of the British during colonial times, Cameron Heights was also developed into a thriving tea plantation. The local climate is incidentally conducive to growing good quality tea which subsequently became the major product of the region. The tea production continues to this day with acres upon acres of land dedicated to this very purpose. This makes for a picturesque view that is truly unique perfect for your Instagram posts. Today, Cameron Heights offers guided open trails for visitors that gives a scenic view of this truly magical place.

This Hindu holy place, which is said to be 14-million years old, is one of the most iconic landmarks in Malaysia to date. Development started when a Hindu trader dedicated this cave to Lord Murugan, a Hindu war deity, after being inspired by the Vel shaped entrance to the cave.

Greeting the visitors when they first arrive are massive statues of Hanuman and Lord Murugan himself. The former is the first thing that visitors see when they arrive at the site while the latter larger golden statue stands at the foot of the concrete steps towards the cave entrance.

The place has since been the site of the Thaipusam Festival, an annual Hindu festival that attracts thousands of devotees each year. The festival lasts a day starting with a procession from the Sri Mariamman Temple the night before. A procession of devotees and faithful heads off from Sri Mariamman Temple towards Batu Caves. This usually takes a few hours arriving in Batu before daylight the next day. The festival is famous for the colorful procession and the extreme acts of devotions by fervent attendees. Some skewer their own bodies with hooks and spikes to fulfill a vow to the gods for granting their prayers.

This 4095-meter mountain is one of the world’s most famous peaks to climb among mountain climbing enthusiasts. This magnificent natural wonder sits on the island of Borneo a 2-hour bus ride from Kota Kinabalu. The first recorded climb was in 1851 by Hugh Low, the British colonial administrator of Malaysia at the time. He was accompanied by a native Dusun guide. He, however, did not succeed in reaching the summit. The glory belongs to zoologist John Whitehead and Botanist Lilian Gibbs back in February 1910.

Mount Kinabalu is surrounded by a dense lush rainforest at its base which is home to thousands of unique flora and fauna like the foul-smelling Rafflesia flower. Considered as the world’s biggest flower, this parasitic plant gives off a strong smell often described as rotting flesh. The forest is also brimming with many indigenous species that are endemic to the forest, meaning they can only be found here. As you go up the mountain, the thick forest is replaced by jagged rock faces and barren landscape with only a handful of miniature pines and other small flora. There is a clear trail towards the summit that can be difficult even for experienced mountaineers. There are also accredited guides that accompany climbers when summiting.

Go on a gastronomic adventure

A trip to Malaysia would not be complete without experiencing its rich culinary culture. The country is famous for its unique array of street food that will surely pique any food lover’s interest. One such treat is the famous Nasi Lemak. This iconic Malaysian dish is a combination of flavors right at the get-go. White rice cooked in coconut milk is paired with anchovies, roasted peanuts, boiled eggs, and sambal. Satay is another prolific food in Malaysia’s streets. Generously seasoned meat, often beef, mutton, or chicken, is then slowly grilled to perfection right in front of your very eyes. The result is a truly mouth-watering experience unlike any other.

For serious foodies out there who want a taste of great authentic flavors should have Penang on their lists. This famous foody destination is filled with delicious authentic Malaysian cuisine steeped in tradition and deep historical roots. Many of these food stalls have been serving the locals and visitors alike for decades with others even going as far back as 70 years! Of course, the star of the show is Penang’s state dish itself, Laksa. This spicy noodle soup got its name from Hokkien “luak sua” which means “spicy sand” because of the texture of ground dried prawns. It is made with wheat flour noodles with chicken, fish, or prawns with a spicy broth made from tamarind or coconut milk.

Go back in time in Malacca 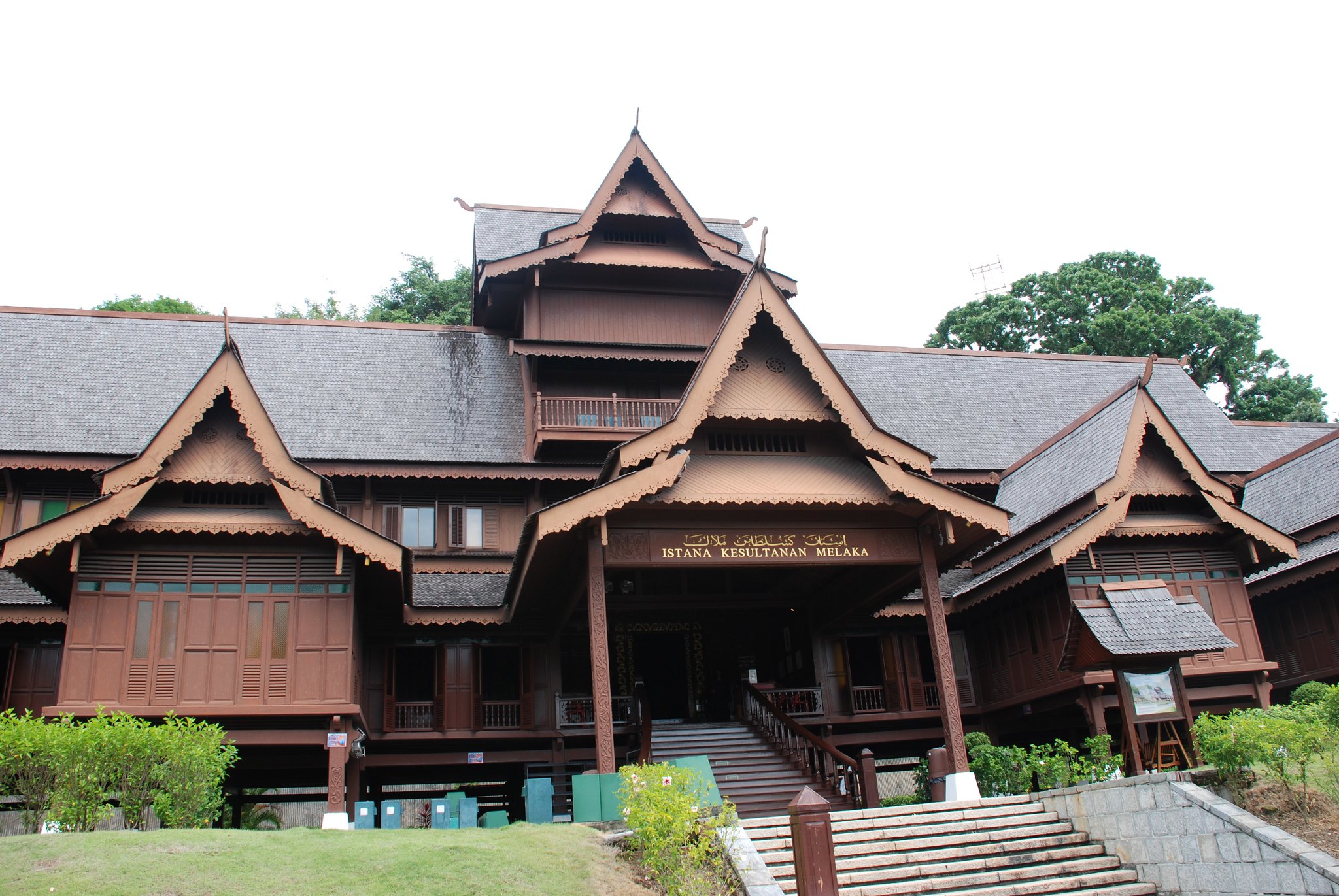 Malacca has one of the most colorful histories on this side of the globe. From a tiny fishing village to become a bustling port city, until the tourist magnet, it is today, Malacca is certainly a cultural and historical menagerie. During the course of its history, Malacca came under the control of three colonial powers namely the Portuguese, Dutch, and the British. This was due to the port city’s strategic location right smack in the middle of the China-India trade routes. Today, Malacca has shifted from a bustling trading port town into a much more laid-back tourist destination.

One of the notable places to visit is the Stadthuys. This salmon-colored colonial piece of architecture was once the seat of the colonial powers in Malacca. This was said to be built on top of the ruins of a Portuguese fort. It was built by the Dutch and has been the residence of Dutch governors and other officials.

The Sultanate Palace, located at the base of St. Paul’s hill, is another must-visit. This is a replica of Sultan Mansur Shah’s palace. This was constructed using traditional methods based on old Malay accounts of its construction. This magnificent edifice is painstakingly made without nails and other modern conveniences.

5 Most Unique Experiences in Malaysia